The Mayor, accompanied by his Consort Mrs Marjorie Rigby, was pleased to attended the opening night of 9 To 5 The Musical at The Brindley, Runcorn last night.

The Musical is based on the 1980 movie, with music and lyrics by Dolly Parton.

The very talented performers from the Zodiac Amateur Operatic Society rehearse in Frodsham and Runcorn, and perform their shows at The Brindley and Frodsham Community Centre.

The Mayor was greeted by the Mayor and Mayoress of Halton – an added bonus for the Mayor was that he won a bottle of wine, which will be added to the 100-bottle tombola at his Ceilidh. 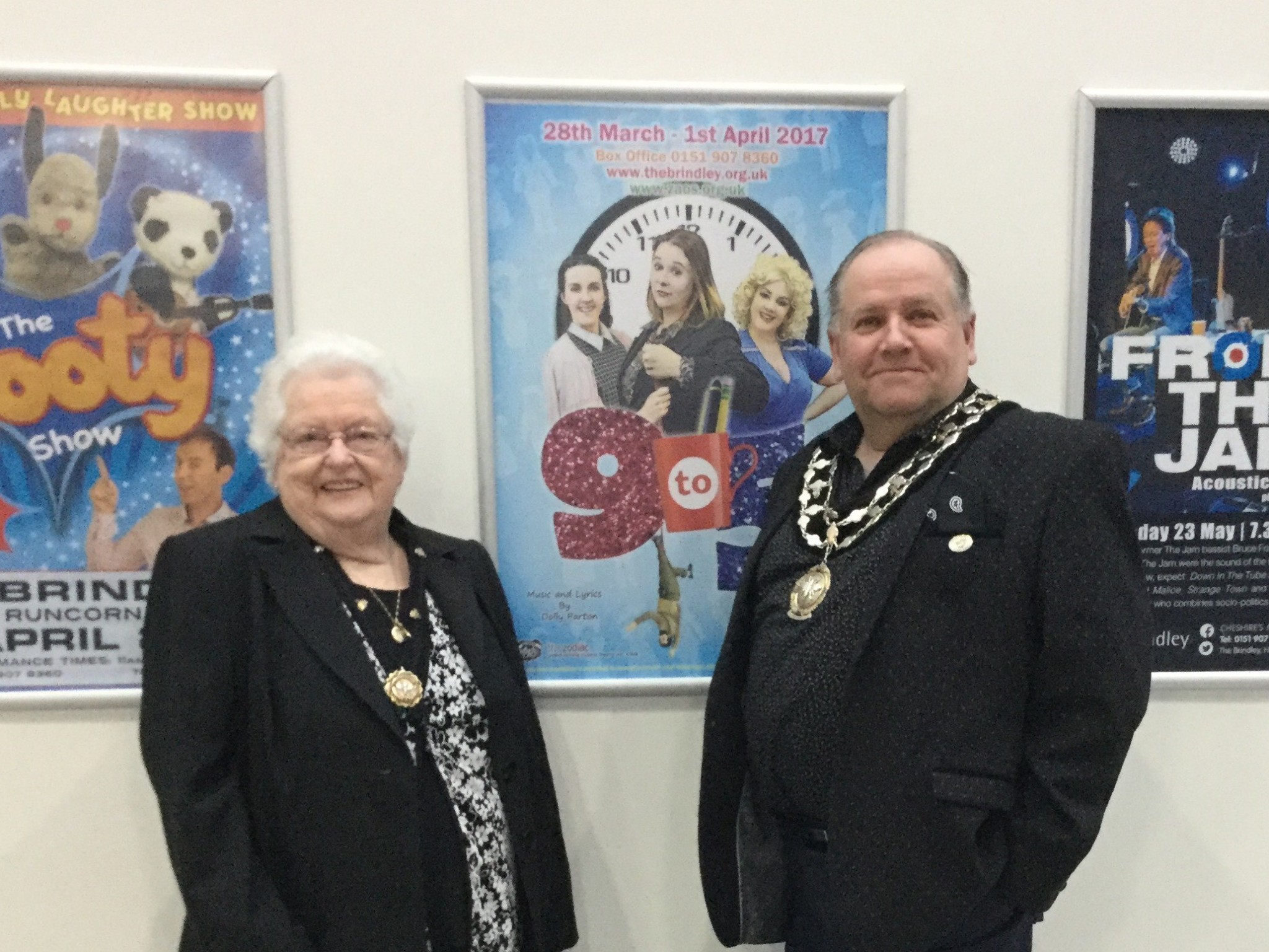 What a week for the Mayor! Frodsham’s buzzing Gary, says Mayor